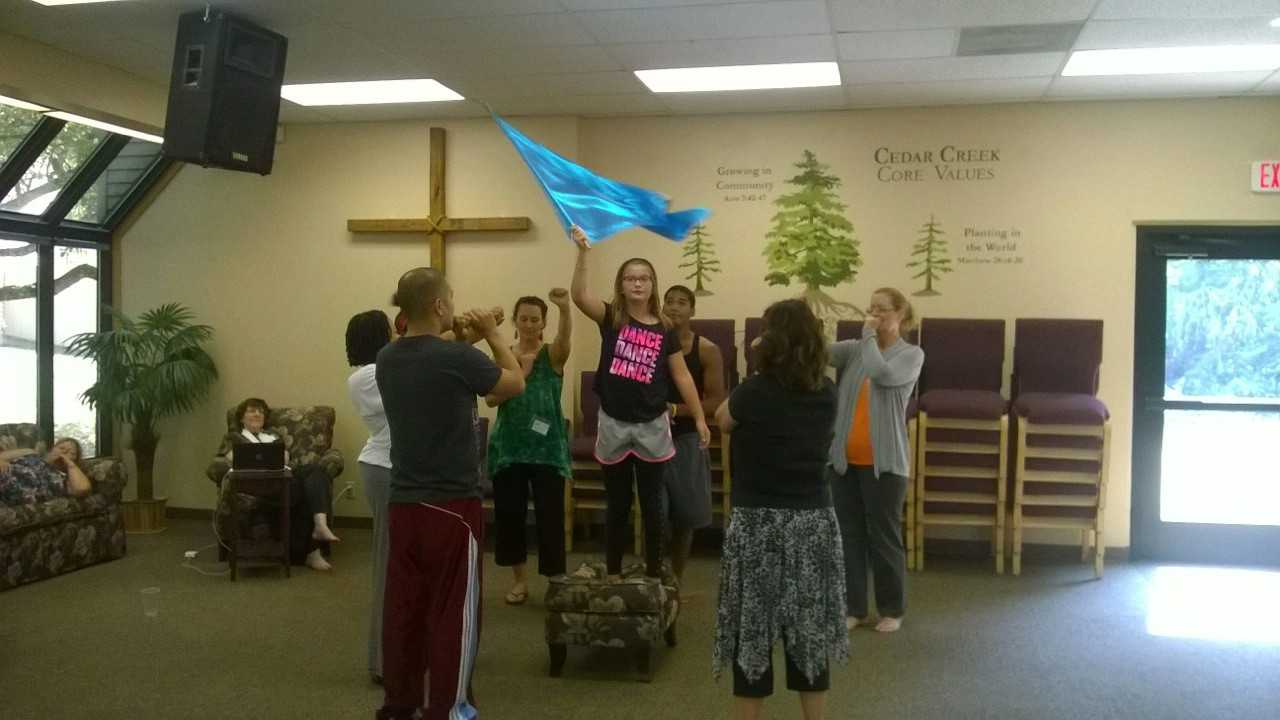 In the wake of the heartbreaking shootings in South Carolina last week, there has been a clear call to remove the Confederate flags flying at the state house in South Carolina. Although the Civil War ended 150 years ago, that flag has continued to fly.

This week, I did a bible study on banners (a flag is a banner). I was struck by how powerful a banner can be in spiritual warfare, in deliverance, and in communicating God’s love.  Banners in scripture are visible signs which identify us as the Lord’s and call forth His forces to come to our rescue.

Historically, a banner was a standard around which military units gathered. When the banner was lifted, it was visible from afar, so that the troops would see it and gather together. When a banner was used to call God’s people together, the banner would was be a sign of hope declaring, “The Lord is about to move.” A banner calls the armies of heaven to prepare for what the Lord is planning to do. We see this in Isaiah 13:2-4, where we read, “Lift up a banner on a high mountain….The Lord of Hosts mustereth the hosts of the battle.”

As a sign of identity, banners reminded the soldiers to whom they belonged. When troops would march under their banners, it inspired emotions of pride and patriotism, not unlike our veterans, when they march with the U.S. flag, declaring they serve a cause bigger than themselves, a noble cause. This applies not just to soldiers, but to families. We see this in Numbers 11:2, where we read, ” Every man of the children of Israel shall pitch by his own standard, with the ensign of his fathers house.” It reminds me of a wooden sign we have on our mantle which reads, “Tang Family, est. 1996.” This sign reminds my husband and I that we belong to each other and my children that they belong to us. Likewise, banners in the bible were a way of declaring identity and proclaiming belonging.

While, in the Old Testament, a banner was literally a visible rallying point for troops, the prophets foretold a time when the Messiah would be a figurative banner, a sign that the Lord was bringing salvation and calling not just the people of Israel to himself, but the whole world.  We read in Isaiah 11:1, “The Root of Jesse will be an ensign. To it the Gentiles will seek, and his rest will be glorious.” Like the snake that Moses lifted up in the wilderness, to which the Israelites looked and received deliverance from death, Jesus is the banner that will draw God’s people together and to Himself and to proclaim his love.

Even as a flag can be an instrument through which the Lord works, the enemy can use a banner for His purposes. In Charisma magazine, they described the Confederate flag as a symbol of “both rebellion and racism that serves as a painful reminder of our nation’s history.” To display a banner that symbolizes rebellion, division, and oppression, then, is a rallying point for those forces, a declaration that they are welcome. So, to fly or not fly that banner has spiritual significance. So, I will celebrate its removal from the State House, praying that as it is removed, those strongholds may be torn down.

When we use banners in worship, we lift up an ensign, inviting the armies of heaven to rally to fight for God’s people, delivering them from the enemy and ushering in the Lord’s victory. We also declare that we belong to the Lord and proclaim His love and salvation for those over whom we display the banner. And so, we can use this visible sign to invite help from heaven and declare our identity in Him, reveling in His love. May those who love Jesus and who love justice set up a standard for the Kingdom in South Carolina and throughout the U.S.

5 thoughts on “The big deal about the flag”