This weekend I went to watch the local high school dance team perform. They had advertised in the local paper. We’re new in town, so I don’t exactly have a full social calendar, the ticket price was right, and I love dance in most forms, so off I went.  Their performance inspired me, made me think, and convicted me as well. So, I’ll be writing a 3-part blog post this week:

Part I – Ten Things Worship Dancers can Learn from the School Dance Team.

Part II – What I Wish Every Dance Team Member Knew

Sometimes you have to get out of the way to see what another person/other people can do. I’ve been leading the dance ministry team at my home church for the past 11 years. Today my husband and I had our last Sunday at this church he/we planted 11 years ago and the church gave us a “farewell” reception. It was incredible – more than I expected, certainly more than I deserved. One friend shared a poem she wrote for us, another a funny and meaningful song about our family and ministry, another prepared a slide show, others shared stories and words of encouragement. Each one was moving, precious, inspiring. What floored me, though, was what the dance team shared. END_OF_DOCUMENT_TOKEN_TO_BE_REPLACED

At the heart of this video and of being called to dance is being in relationship with God and being in His presence. If we spend time dancing before the Lord in private, it will show when we dance in front of others.

I’ll be creating weekly 4-6 minute videos with teachings from the Dancing for Him course I am taking this year. If you would like to receive notices about these uploads, getting bite sized teachings on dance technique and dance ministry leadership, subscribe to my YouTube Channel. 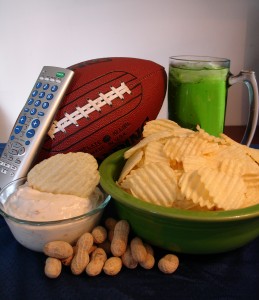 I’m not much of a football fan, but my husband is, and I like spending time with friends, so we hosted a small Superbowl party Sunday night. My favorite part of the game was the interview with Russel Wilson, the quarterback for the Seattle Seahawks at the end of the game. His team was not predicted to win, he was playing against one of the highest scoring teams in the league and one of the best quarterbacks in the NFL, and yet the Seahawks outscored the Broncos in a way that caused jaws to drop.

So, of course, everyone wanted to know what was behind the Seahawks amazing performance. When asked, Wilson said he asked his team at the beginning of the season, “Why not us? We’ve got the talent, the coaching staff, and the best fans in the NFL.” It turns out that questions, “Why not us?” has roots that go further back for Russel. He went on to say that his dad used to say it him.

“My dad used to always tell me, ‘Russ, why not you?’ ” Wilson said, “And what that meant was believe in yourself, believe in the talent God has given you, even though you are 5 foot 11, and you can go a long way.”

I love that line, “believe in the talent God has given you…and you can go a long way.” Do you believe in the talents God has given you? Sometimes we mistake fear, doubt, and insecurity for humility. I’m much more comfortable talking about what I don’t have to give (years of technical background, experience with a large dance ministry) than what I do (God has anointed me to dance and opened doors for me to serve inside and outside the church). But God has been showing me in the past year how He loves to take what we have to give and magnify it (literally, make it bigger) if we are willing to offer it to others.

Recently I received this email from one of my subscribers in response to the blog I wrote about dancing during advent.  I choreographed and led a group of 5 dancers, including myself, and shared the dance and what I learned from it on this blog and sent the link to my email subscribers. (You can read about it here.) Here was her response (I share it with her permission):

I must truly thank you because you have no idea how your ministry has impacted me from the very first email I received from you. My having the opportunity to read the first post you shared with me about the 4 things you learned from the Advent Worship Dance awakened something in me that I felt only I was forced to deal with.  You would have never known, but I too struggled during that same time as well.

…My worship team consists of four members (with two being BRAND NEW to worship arts ministry) and there was a great demand on having a grand presentation for Christmas as in times past (when I became a part of the ministry, there were at least 20 – 25 women who were a part, but when my former leader was released to serve outside of the church, I was chosen to lead the ministry…. I tried my best to overcome discouragement and move forward with the worship piece that GOD had showed me – there was great opposition, many questions, and even the thought of not going forward because there were so few of us….Well, we prayed, we cried, went forward and GOD moved mightily on my little band of worshippers!  Not only that, but my youth ministry, which consists of seven girls, ministered with joy and power as they have never done before and there wasn’t a dry eye in the service!

So when I read your post, I felt as though I was reliving my entire worship journey this past year.  So I say to you Min Amy, continue to do what the Lord has called you to do:  being encouragement to the many worship artists and dancers who find themselves in that cave, wondering if GOD truly is calling them to come outside of the cave and to be a voice of truth, a light of hope, and a minister who brings the message of Jesus Christ to those who want more but don’t know what more is……..

This touched me deeply because confirmed what God has been showing me about Himself: He takes what he do, even something small, and He puts a magnifying glass on it. I shared my stories and the dance ministry I have at a small church, and He magnified the impact by speaking into her life and then magnified it again through her ministry, a ministry touching people I don’t know and wouldn’t have access to except through this woman.

At this season in my life and ministry, I am like the boy who gave his lunch sack to the disciples whom Jesus had asked to collect food for a crowd of thousands. His wasn’t an large lunch, but it was what he had and he offered it. The Lord took it and made a feast. The boy could have thought to himself, “Who am I to think I can help the teacher feed this crowd and what difference is this lunch going to make anyway?” But instead, he handed over what he had, a hungry crowd ate lunch, and the Lord inspired the gospel writers to record his part in this miracle. We can say to ourselves,”Who am I to teach others? Who am I to dance? Who am I to __________ (fill it in for yourself)?” But, if instead, we say, “Why not me? I’m willing. Take this, Lord, and do what you will,” He will put His magnifying glass on it and enlarge the impact for His glory and for the people He loves.

So, what about you? Do you trust the talent God has given you? What do you have to give? Whatever the size of the gift, offer it. Make it available to others and see how the Lord magnifies it, how He literally makes it much bigger than you could have imagined.